“And now folks, introducing the 4th member of the Streicher Sisters” (crowd goes wild)…or at least that’s how it went in my dream. For months now, all I kept reading about was how these three sisters, Jenn, Kristie, and Ashley Streicher are taking LA by storm via their insane makeup, brow, and hairstyling skills – check out their monthly column on Violet Grey.

Now I know what you’re thinking – yes they are actually sisters, and no the name is not made up (contrary to my husband’s popular belief). They are just that cool. So when I heard my favorite girl band (seriously, would it not make for a killer band name?) would be hosting an event at Nordstrom at The Grove, introducing the launch of Bobbi Brown’s “Secrets of the Universe” – I sweet talked the hubs into watching the munchkin (aka chasing him around The Grove) while I got my fill of girl time.

I unfortunately missed their 30 min spiel, but being the superfan that I am, I’d already done my research and skipped right to the one-on-one consultation. First up was the uber rad Jenn Streicher. As it turns out, she’s also a mother of a 2-year-old boy, and yet still finds time to fit in makeup sessions with celebrity clients such as Emily Blunt and help her two sisters run their swanky Striiike studio in Beverly Hills. We talked about some of her favorite makeup products, and she highly recommended trying the beautyblender makeup sponge that I’d actually been eyeing for a while now. It apparently helps just blend everything from concealer, to foundation, to cream blush and leaves a perfectly silky, flawless finish. Sold. Next we talked about my love for liquid liner and the cat-eye look, which she’s a fan of Bobbi Brown’s gel liner and half-way convinced me to try it in navy saying it would complement my dark eyes and hair. Whatever you say Jenn, I’m with you.

Kristie Streicher, the brow guru from another mother, was probably my most anticipated encounter – mostly because eyebrows have always confused the bejeezus out of me. So when someone with 20 years of experience studying eyebrows – who literally patented the “feathered brow” as an art form – speaks, you listen. We started off by me admitting that I totally fell victim, like so many poor souls before me, to the “over-plucked” Drew Barrymore-esque look back in the 90s. After shrugging it off and also admitting to still doing just the routine maintenance pluck every few weeks – she said something that my inner-Italian-insecure-about-her-eyebrows-preteen self would scoff at. Stop plucking them. Yep, you heard me, and just like that I knew what I had to do. Just put down the tweezers. Fight even the slightest urge to pluck the two stragglers that have moved so far down the eyelid, they could quite possibly call themselves eyelashes by now. Why you ask? Well according to “Dr. Brow” – it’s like those little buggers actually communicate with each other. So when you pluck even just one, it sends a message up to his buddies to pretty much just stop growing. Her other bit of genius, that really resonated with me, was that your eyebrows are only as high maintenance as you make them. So when all is said and done, she recommends to really commit to growing the eyebrows out for at least 6-8 weeks (or longer depending on how sparse they are) to truly allow for all the surrounding hairs to fill in, bringing back your true eyebrow shape. I came across this super helpful video when I was trying to mimick her technique at home. Alas, it’s just not the same.

And last, but absolutely not least, we have the saucy seester Ashley and all her hairstyling magic. Not gonna lie, we totally had an “Oh my gosh, I love your lob. No, I love your lob. Oh stop it, yours is awesome” (ok, you get it) moment. She asked me what products I’m currently using, and we bonded over a mutual love for beach spray to just help tame our natural waves. In fact, I’ve become obsessed with trying every beach spray out there known to man (my favs here). I was actually really relieved to hear that she’s a “wash and go” girl like myself. Which really is the whole point of having shorter hair, no? But what they don’t tell you, is that it just requires more product. If you find the right ones for your hair type and texture, it makes a world of difference. For fine hair like mine, I find that running styling mousse through it when it’s about half way air-dried as I’m running out the door, is key for days when I want a more structured look to my waves. Then for other days, a generous spritz of a beach spray does the trick to keep the hair from falling limp.

With all that said, if you still don’t believe me – just stop by their studio and see for yourself. I highly recommend Fridays when the complimentary rosé is a flowin’. Now I just have to convince them to add me as their “wardrobe stylist” long lost sister and we’ll be golden… 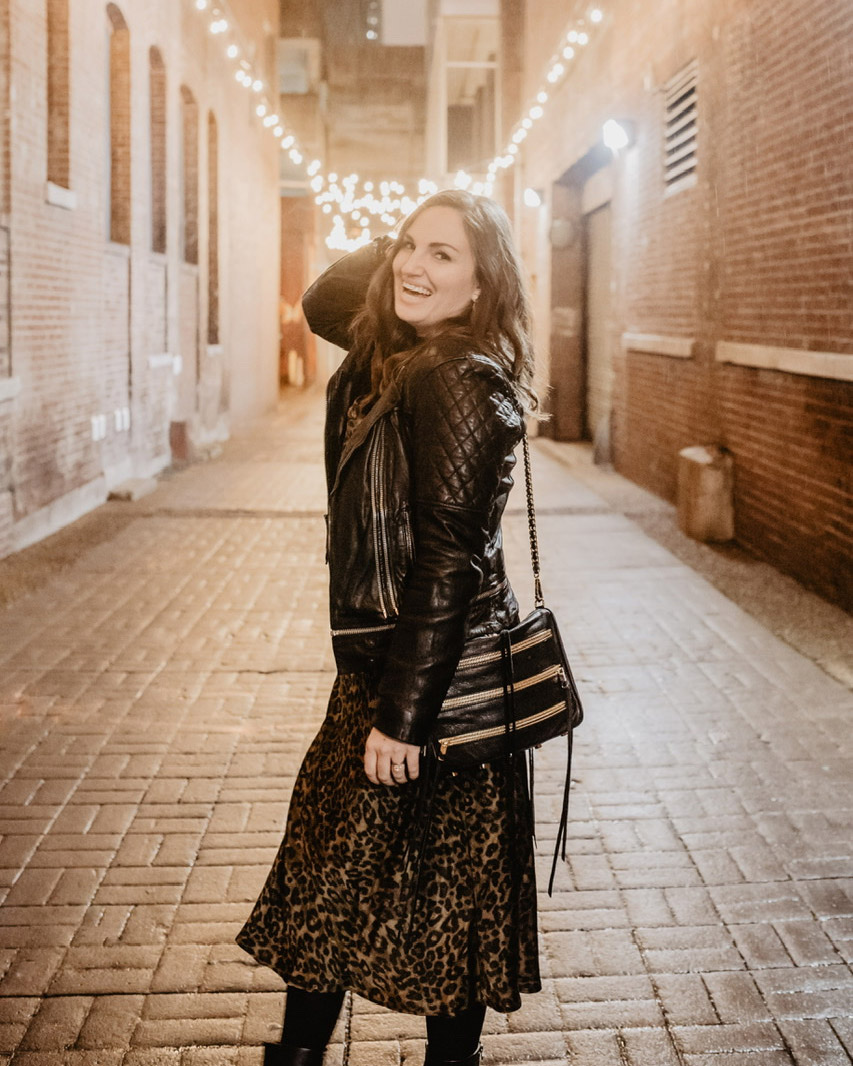 Because I’m still obsessing over this slip dress

That kimono life tho 👘 Gotta love a wardrobe p

Spring is here and it’s gloooorious 🙌🌼🌸