I could have written the typical “2nd Birthday Recap” post, showing off the crazy themed party with professional-like photos. Except, we opted out of that this year for an at home low-key celebration with the hubs and GaGa (my mom) – complete with gifts just from family, and a dang good box cake if I do say so myself. So instead I decided to do some reminiscing, and it may have taken me 2 years – but I finally know how I met your mother. Buried under all that flimsy armor, so proud and tough, hiding her emotions at her own expense. I have only one regret – I wish I’d met her sooner.

Before we had you, I’d only thought life had thrown at me all the challenges it had up its sleeve. But nothing tests a person’s heart and soul, like having a child. I know, I know – I sound like Brian from Family Guy “Until you have a child, until you have a child…”, but seriously, he had a point. Life seems scary enough, but add the responsibility of caring for a defenseless child in the mix, and that my friends, is when things get interesting. Allow me to explain.

2 years ago on October 11th, my son Garrett was born – on not just any day, and not even on my due date which was still days away – but on my late dad’s birthday. I’d heard like everyone, how when one life is taken away it makes room for new life – but I never thought I would witness it first hand like I did the day my son was born. We even named him after my dad. Well, kinda – we figured we’d sandwich the very Italian “Martino” in between two very Anglo names (you’re welcome, says the mother who was taunted as a child). Suddenly, all the years dreaming about what it would be like to hold my own baby in my arms was finally happening right before my eyes, and it felt – unreal. Incredible, and yet also somewhat imaginary. How is it that I’m all the sudden a mother? Yesterday I was just a swollen, cranky excuse for a wife and the next day – a mom. But it’s not like all the sudden you’re magically this new person, this “mother.” Which is why, a week after your 2nd birthday, I can just now say – I met your mother.

At first, she was simply overwhelmed. Overwhelmed with love, fear, and the yearning to do everything perfectly. To have it all figured out. If I could go back and tell “that mom” one thing, it would be “just breathe, hand the baby over to dad, and stop beating yourself up”. The baby doesn’t care whether you put the diaper on right, or didn’t produce enough milk that day and had to supplement instead of breast feed. Or that you quite honestly have no clue what to do to keep him from crying every night that god forsaken “witching hour” rolls around. Because guess what, he’s a baby, and babies don’t judge. The only person judging you, is you. So let go of that former self, and just be. Be whatever mom you end up being, and give yourself time to get there. For some it may take two days, for others two months – but if it takes longer, that’s ok too. Because at the end of the day – we are all just meeting her for the first time…

p.s. If you don’t believe in miracles, just take a look at the photos below that I snapped in haste as we were leaving the beach on Garrett’s bday last weekend. I didn’t realize until we got in the car after, that in literally every photo of Garrett there is one bright sun beam shining down directly on him. Now if that isn’t a sign from my dad, I don’t know what is. 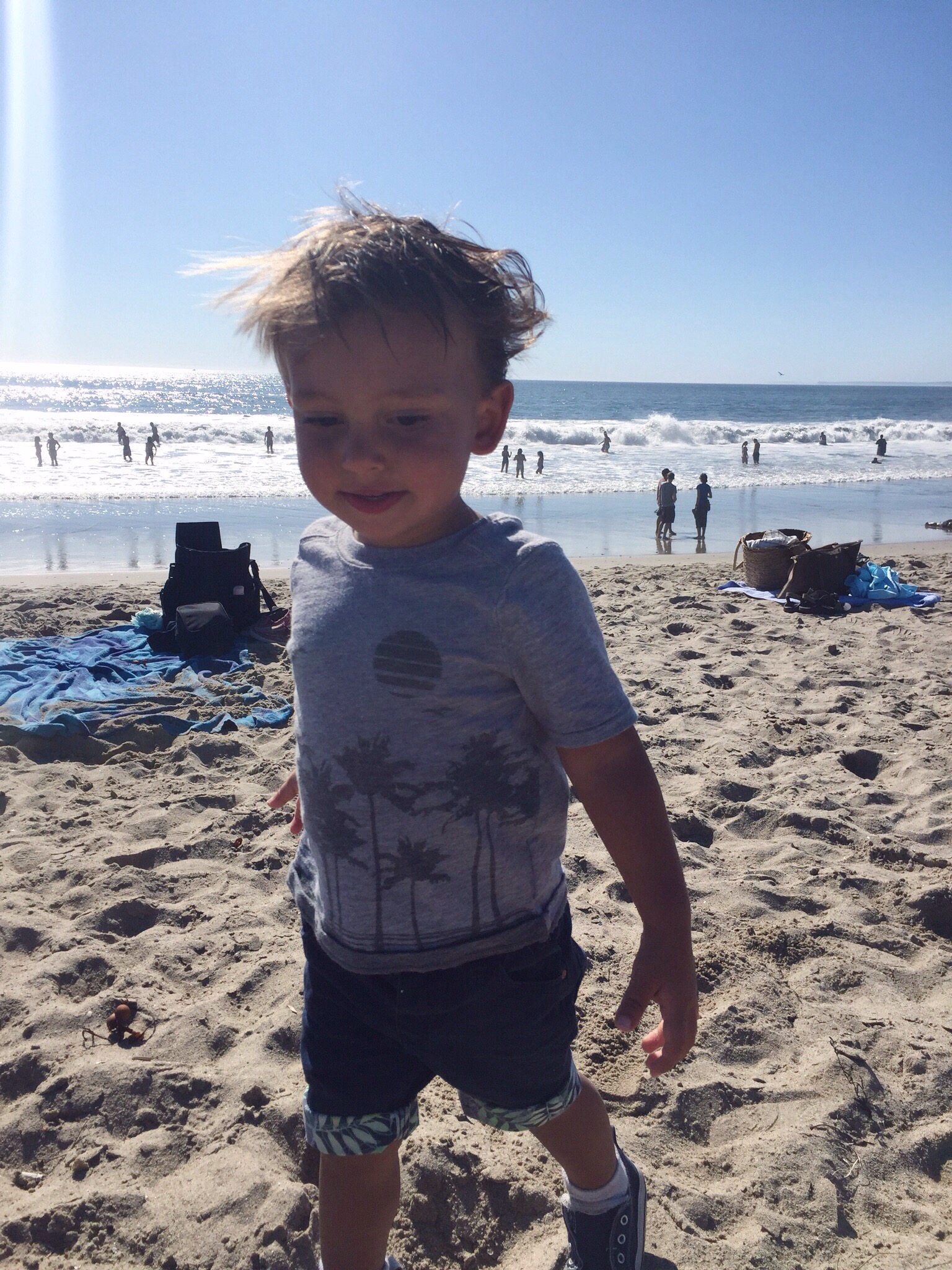 Any Given Saturday ⚾️⁣ ⁣ Basically, I went

Full confession: I may or may not have stayed in t

Do you feel like you’ve found your true calling?